Why You Cannot Regulate and Abolish Abortion! 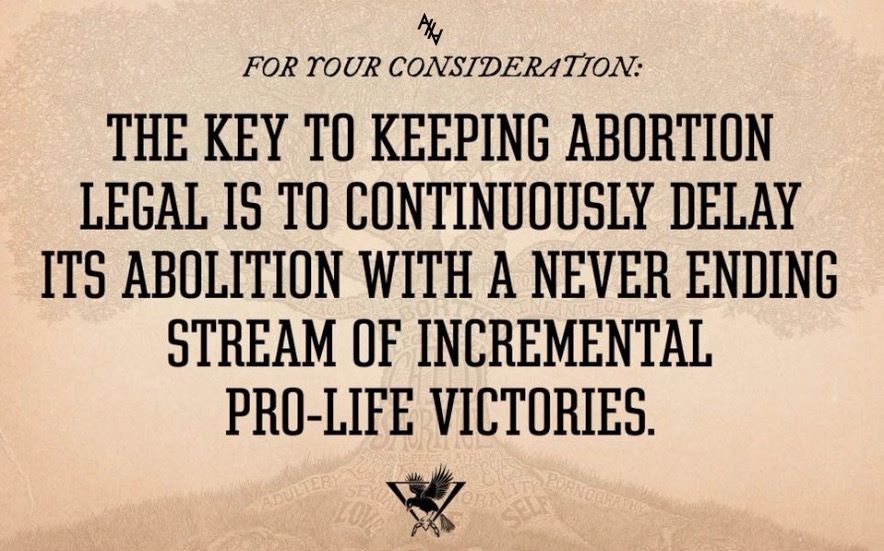 As abolitionists, we often hear well-meaning pro-lifers tell us they wholeheartedly agree with the abolition of abortion.  Typically they will also tell us that they also support any legislation that will regulate, slow or impede abortion.  On the surface, this sounds like a good plan – support anything that “fights” abortion, right?  Here’s the rub – abolition and regulation are diametrically opposed.

Regulating abortion is a strategy that seeks to write laws that define how, where and when we murder defenseless babies.  The end result is that murder continues to happen in a regulated fashion but it is somehow acceptable because someday eventually maybe we will get around to murdering a whole lot less.

Abolition of abortion is a strategy that seeks to abolish and criminalize baby murder.  The end result is that all baby murder ceases immediately and if someone does murder a baby they should be expected to be brought to swift justice (like any other murderer).

Regulating abortion does not honor God, because God says “You shall not murder.”  Abortion regulations are “iniquitous decrees” because they are literally laws that define how we SHOULD murder.

Abolishing abortion honors God and agrees with Him that “We shall not murder” and seeks to make our lower laws reflect the righteous justice of His higher law.

Because Regulation and Abolition are opposing strategies, every bill of abolition and criminalization that has been put forward by Abolitionists since 2016 has been opposed by Pro-Life politicians or organizations.  The following proves that regulatory strategies can’t coincide with abolition.  All Pro-Lifers should immediately abandon and stop supporting God-hating iniquitous regulatory strategies and become abolitionists. 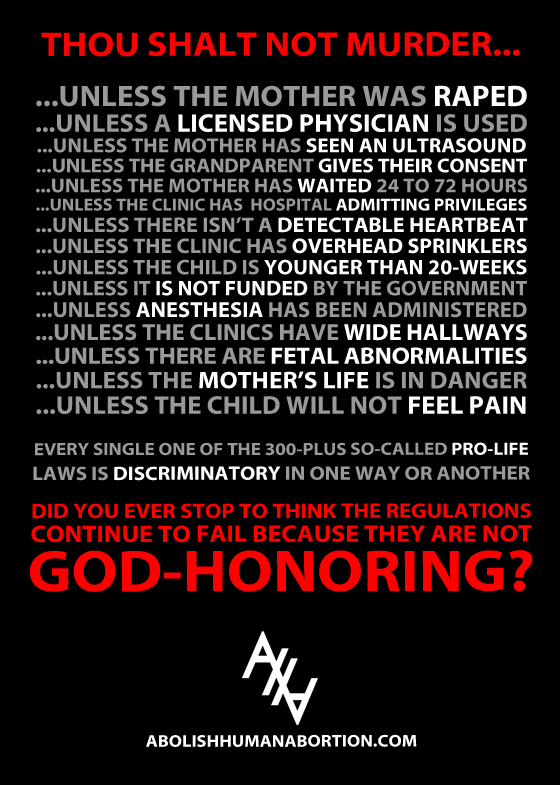 There is a 5 part series on youtube that shows the interaction between Tony Lauinger and various abolitionists in 2016.  This is part 1: